In this lesson, students return to the activity of swinging and explore the energy involved with swinging through the use of the app. 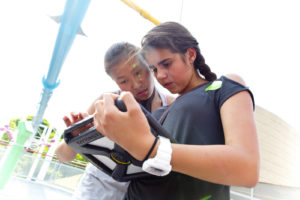 Using the energy lens students will: 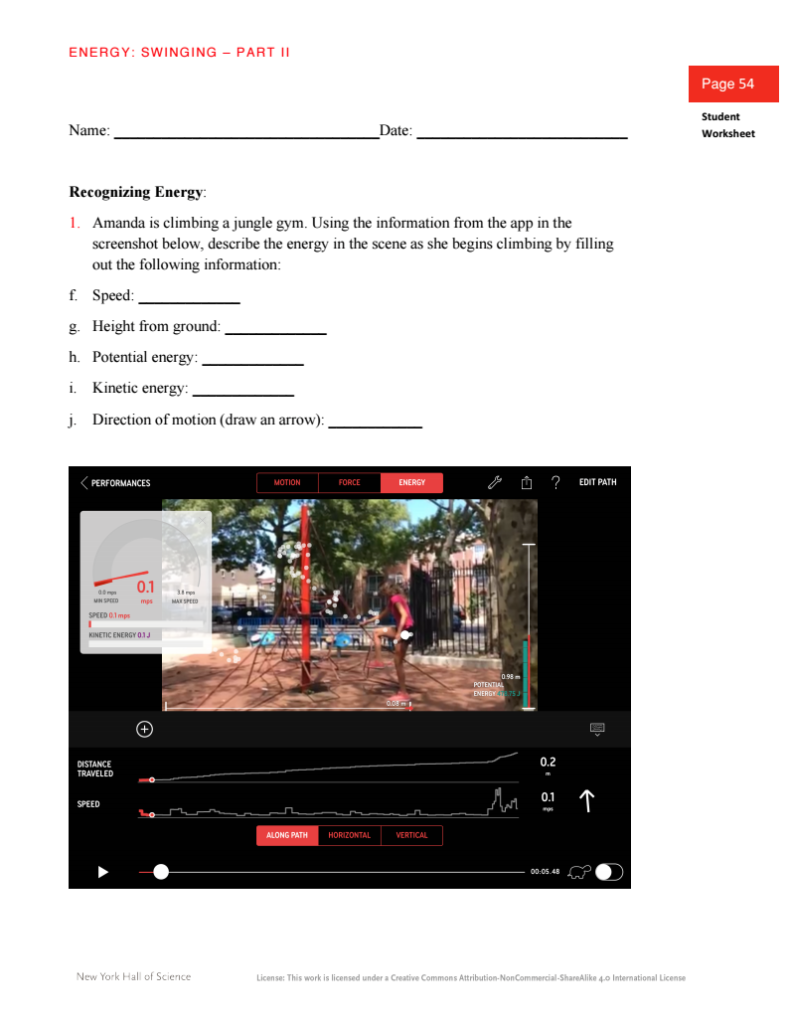 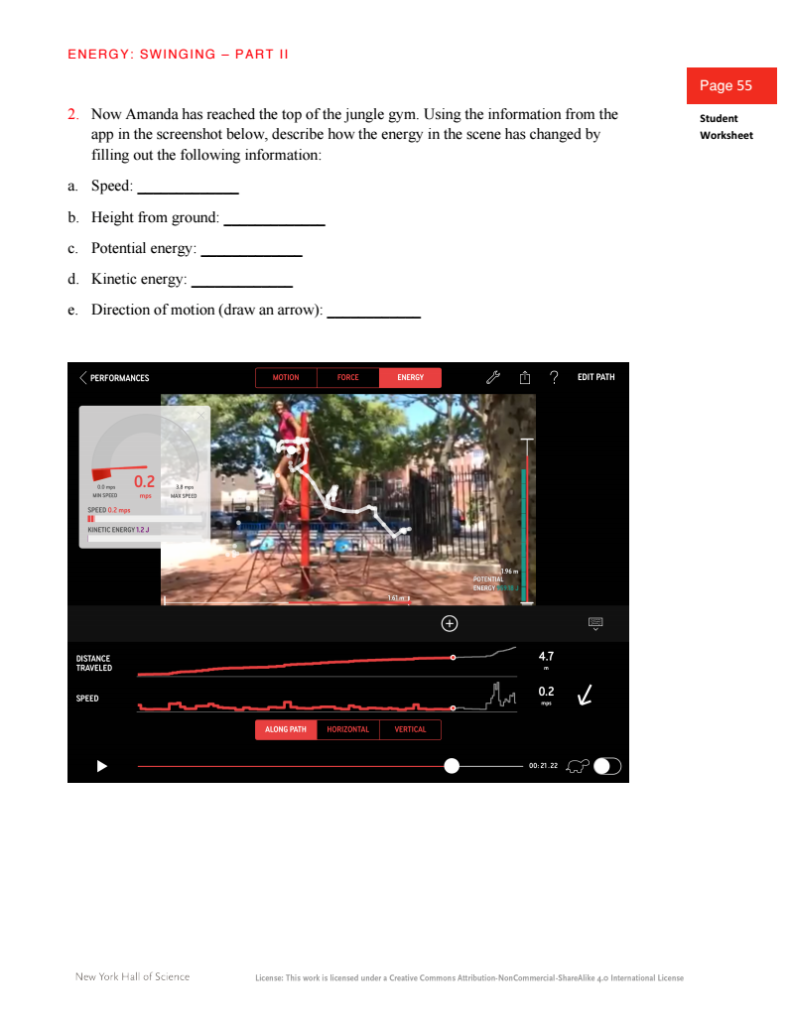 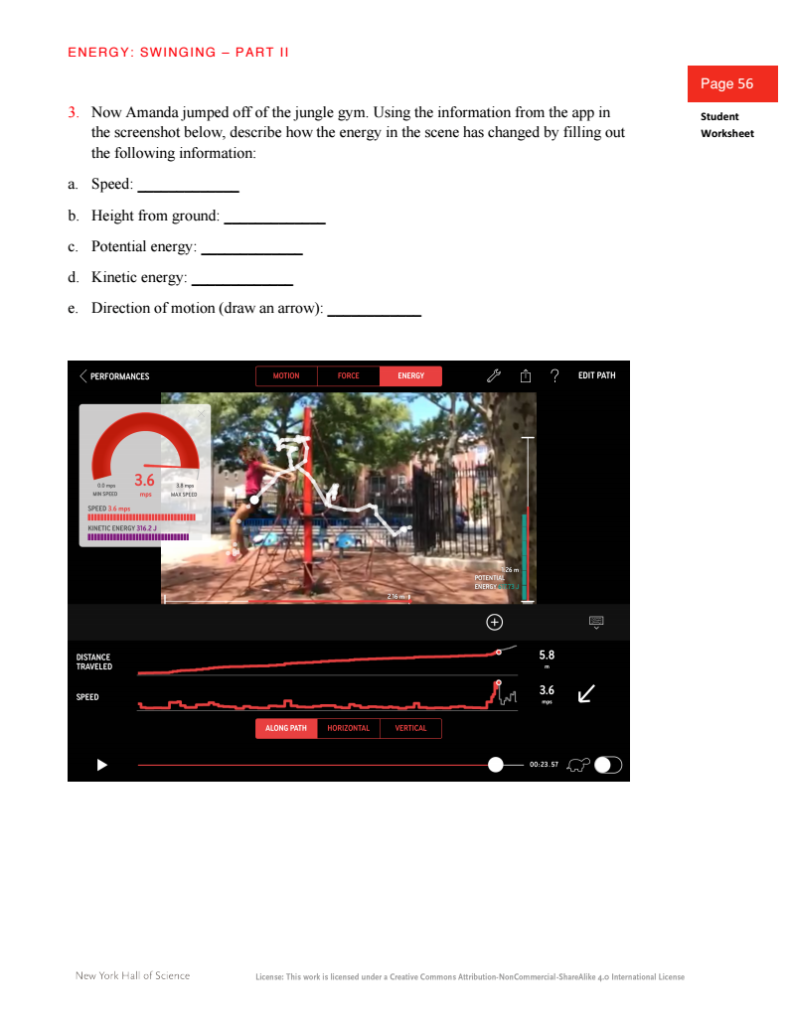 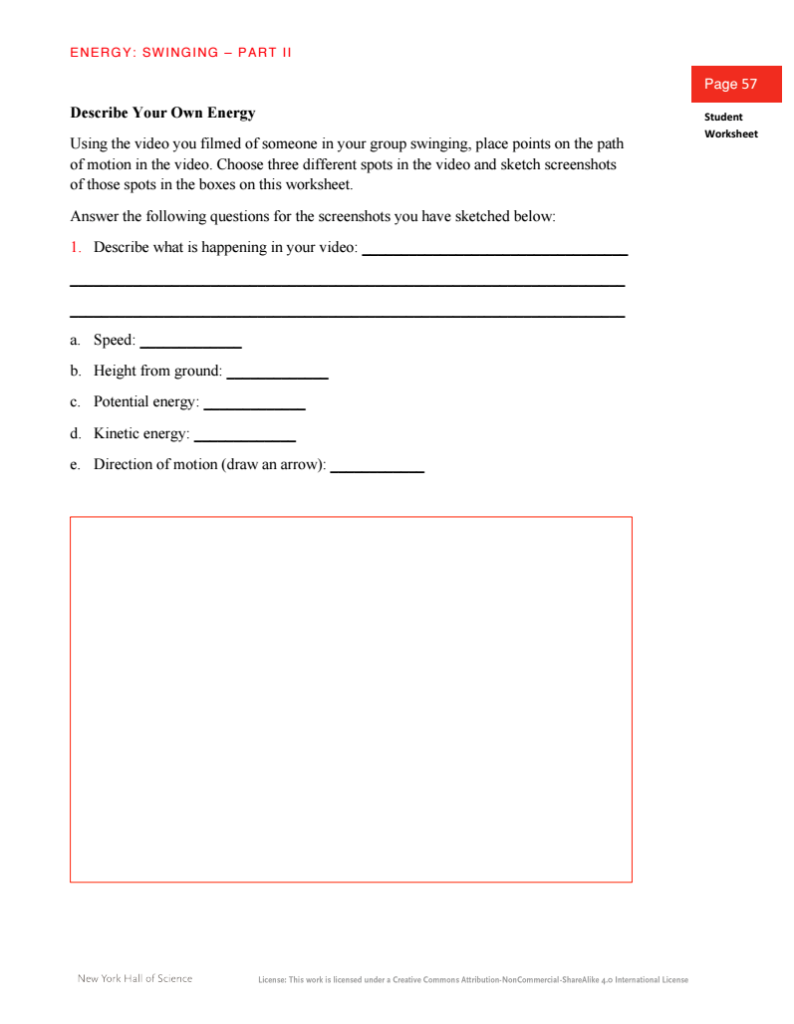 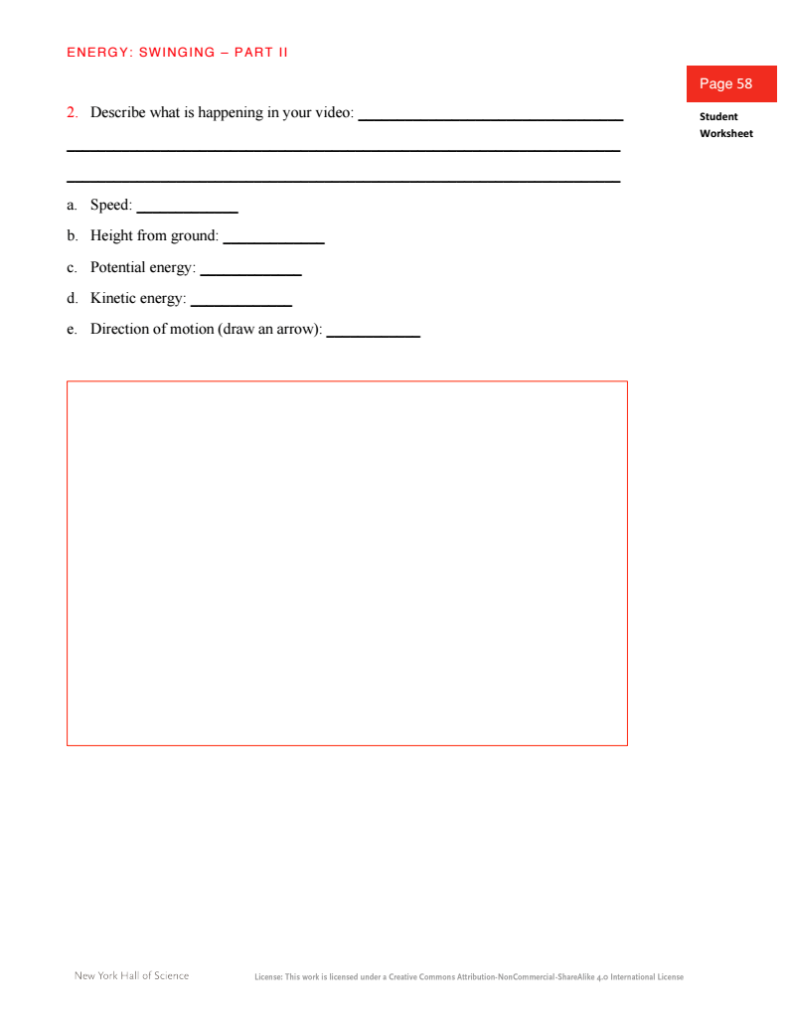 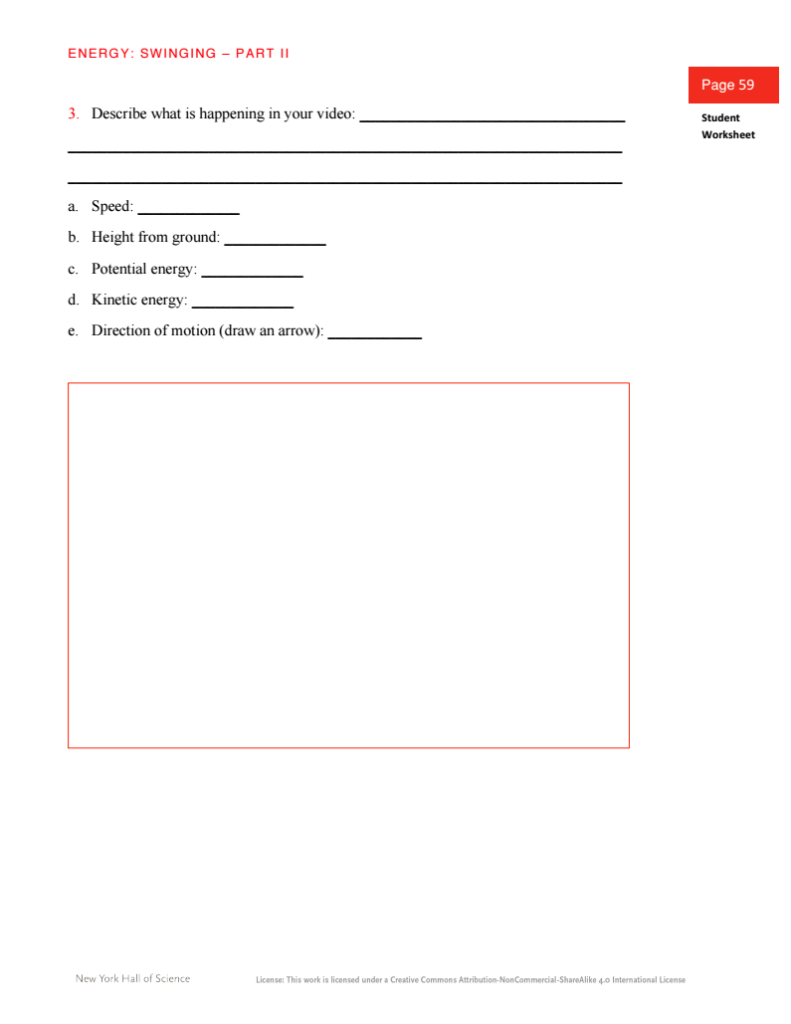 The purpose of this activity is for students to gain familiarity with annotating videos in the energy lens with the Playground Physics app and to learn to describe energy.

PS. 5.1b: The motion of an object can be described by its position, direction of motion, and speed.

PS 4.1a: All energy transfers are governed by the law of conservation of energy.

PS 4.1c: Potential energy is the energy an object possesses by virtue of its position or condition.

PS 4.1d: Kinetic energy is the energy an object possesses by virtue of its motion.

With many devices, students may be broken up into teams to work collaboratively on their iPads to record, annotate and investigate their videos. We suggest having teams of three to four students. (Suggestions for student roles in each time can be found in the introduction.)